Ellen DeGeneres Blames Kris Jenner For Getting Her Sick - Watch Her Message To The Momager - kkccb.net

Ellen DeGeneres was sick on today’s episode of The Ellen DeGeneres Show, and she full on blamed Kris Jenner during her monologue. The talk show host had some harsh words for the momager.

Fans will recall last week Jenner appeared on the daytime talk show to celebrate Mother’s Day. Kourtney Kardashian surprised her mom with six of her grandkids. The Poosh Lifestyle blog creator revealed Kim Kardashian was supposed to be on the show, but her surrogate was in labor.

I surprised @KrisJenner with 6 of her grandchildren. Then I surprised her with one more. Sending love to you, @KimKardashian and @KanyeWest! @kourtneykardash pic.twitter.com/7SzHA2sahM

On screen, it was all laughter, cheers and a big lovefest fest for the momager. However, behind the scenes, there was a little bit of drama involving a sick Jenner.

It turns out the Keeping Up With The Kardashian star was not quite filling her best, even though she kept insisting to DeGeneres and everyone else around there was nothing wrong with her.

“So, Kris was on the show the other day, and I walked in to say hi to her, and the makeup lady that was working on her was wearing a mask. And I said, ‘Are you sick?’ And she was like, ‘No, I’m not sick.’ And I said, ‘Well, why is she wearing a mask?’ And everybody’s quiet in the room ’cause no one’s gonna cross Kris,” the talk show host shared with her audience during Friday’s episode.

Jenner later came out for the interview with a cough drop in her mouth but still insisted she was okay. According to the talk show host, the reality TV star breathed all over her during the interview, and now she is sick. DeGeneres later learned the mother of six did not even go to the hospital to meet her newest grandson because she was not feeling well.

Ellen DeGeneres is sick, and she is all about blaming Kris Jenner. The next time Jenner is feeling under the weather, perhaps she should take a break and rest.

Spreading her sick germs is not a good thing, and one person is not too happy with her now. At the end of her monologue, the talk show host even had some words for the famous mother.

“Now I’m sick, and this means war, Jenner,” she said before she moved onto another topic of conversation.

It is all in good bun but even though she was laughing DeGeneres did not look too happy with Jenner as she began her talk show. Being sick and having to work is no fun! 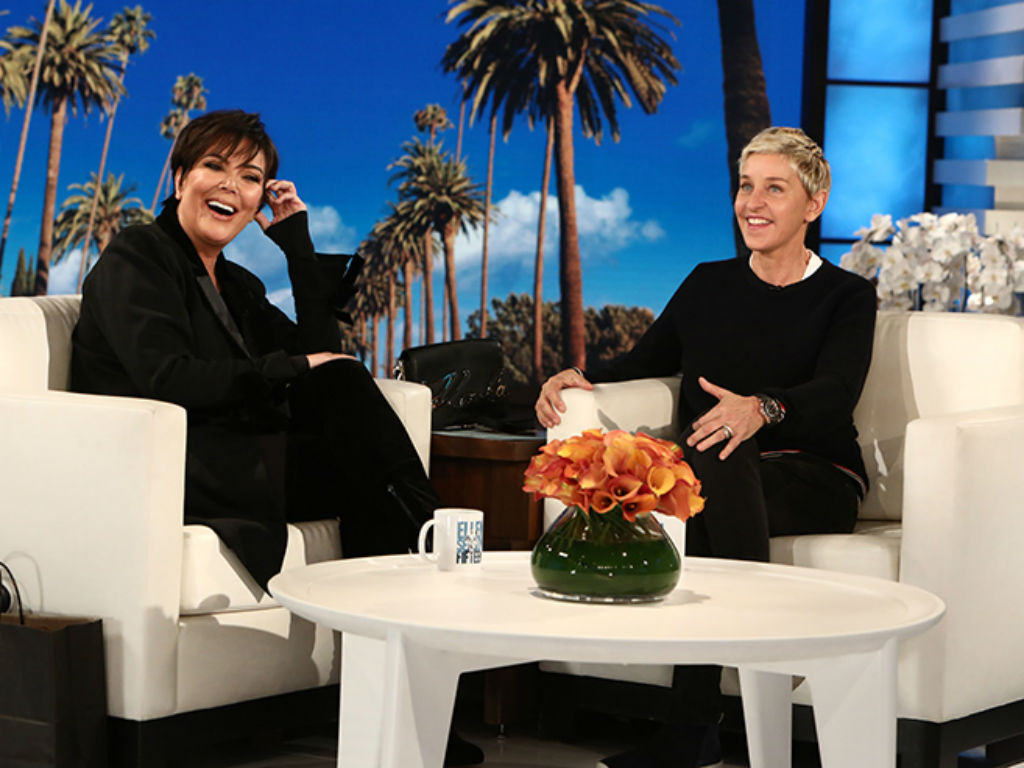