DJ Khaled Performs Alongside Crew Of The Biggest Names In Hip-Hop And R & B On SNL - kkccb.net

According to a report from The New York Times, the season finale on SNL last night, hosted by Paul Rudd with musical guests including John Legend, SZA, Meek Mill, Big Sean, and Lil’ Wayne, also featured a political number regarding the abortion bill currently in the works in Alabama, Georgia.

Alec and the cast of NBC’s popular series tried their hand at a funny musical number, beginning with Alec Baldwin, who frequently appears on the show as president Donald Trump. Alec joked in the sketch that the “economy is on fire,” whether it’s the type of fire that burns a house to the ground or not remains to be seen.

Their parody was of the classic song from the rock band, Queen, “Don’t Stop Me Now,” and featured Beck Bennett as Mike Pence, Aidy Bryant as Sarah Huckabee Sanders, as well as Cecily Strong, as Trump’s wife, Melania.

In addition to creating headlines with their musical number and star-studded guests, DJ Khaled received considerable praise for paying tribute to the late Nipsey Hussle, who was shot and killed in LA on the 31st of March outside of his clothing store.

DJ Khaled and John Legend paid tribute to the star with their brand new song, “Higher,” which features the voice of Nipsey Hussle as well. Ever since Nipsey died, there has been non-stop commemoration of the rapper, who ironically was all but rarely talked about before he died.

Following the rapper’s death, his album sales exploded on all of the relevant platforms, including Spotify and iTunes. In the image you can see below, John Legend stands beside DJ Khaled in his Nipsey Hussle sweater, as well as Meek Mill to his left-hand side.

Despite their performance, Saturday Night Live has increasingly been criticized on alternative media, especially on platforms such as YouTube, for being “out of touch” with the general public.

Moreover, the revelation there was no collusion by Robert Mueller, and the denial of that fact by the mainstream press, has garnered significant criticism from conservatives figures such as Ben Shapiro. 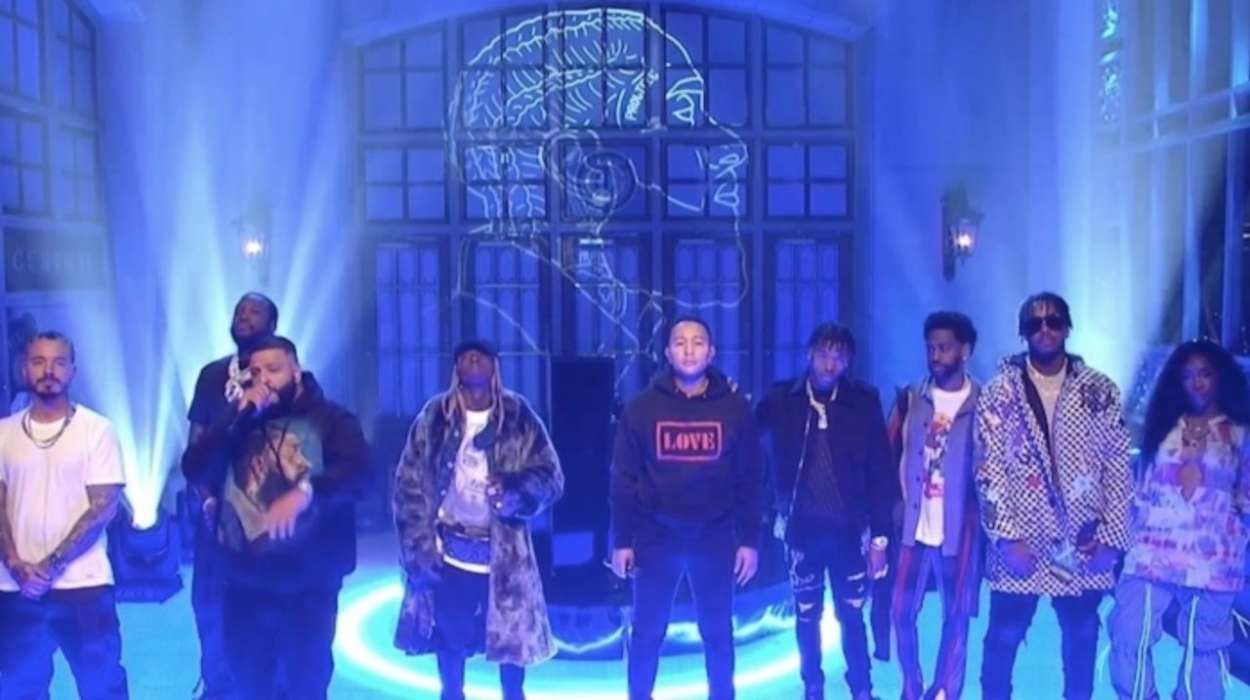