Trey Songz Captures The Internet"s Imagination With The Picture And Arrival Of His First Child, Noah Neverson -- Fans Ask, Who Is The Mother? - kkccb.net

World meet Noah Neverson, the son of R&B singer Trey Songz, and the world is eager to find out who the baby mama is.

The 34-year-old entertainer took to social media where he posted a cute picture of the baby boy along with a brief note where he announced the arrival of his first child.

Songz, whose real name is Tremaine Aldon Neverson, did not say who the baby’s mother was but his ex-girlfriend, Lori Harvey, the stepdaughter of comedian and host Steve Harvey did congratulate him.

In a past interview with Charlamagne tha God on The Breakfast Club, the singer said he always wanted children and added: “Man, I want kids. I’ve been wanting children before you could even imagine. I raised all the kids in my family. My younger brother, he’s 20-years-old, he just had his first child. I remember when he was a child. I used to burp him, change his diapers, now he got a baby.”

One fan said: “Finally a celebrity with a regular child name. All along we thought Lori was keeping her options open🤷🏽‍♀️Nope baby on the way! The momma got to be black. We thank god.”

Another person wrote: “I wasn’t hidin’ my kid from the world I was hidin’ the world from my kid. Anybody else trying to find out who we is? Because it isn’t me. Lol, breaking news riot all over the world. I don’t know who he looks like, but he is adorable 😍😍😍😍The day Michael B Jordan has a kid is the day I’m moving to Mars.”

This follower shared: “I’m just tryna figure out why he in other females faces when he had a child on the way. 😒Patiently waiting for the internet FBI to find the mama…From the looks of this baby im happy the momma black. Lori seems unbothered she’s in his comments said she is happy for him.”

Another comment said: ” I thought we were going to post the pic with the three of us! Not this one. LOL. If he’s going to post the baby and make it our business, then please 👏🏼TAG 👏🏼THE MAMA! 👏🏼But then again, Track down the latest IG model that was pregnant and there you have it!🙌”

A critic stated: “A man can have your whole foot on his face talking about “I like us” and have a secret baby on the way. I trust my unsecured wig during a hurricane more than men!why are all this celebrities having secret babies pulling of a Michael Jackson!😂😩😭😭😭”

Songz surprised many with this announcement. 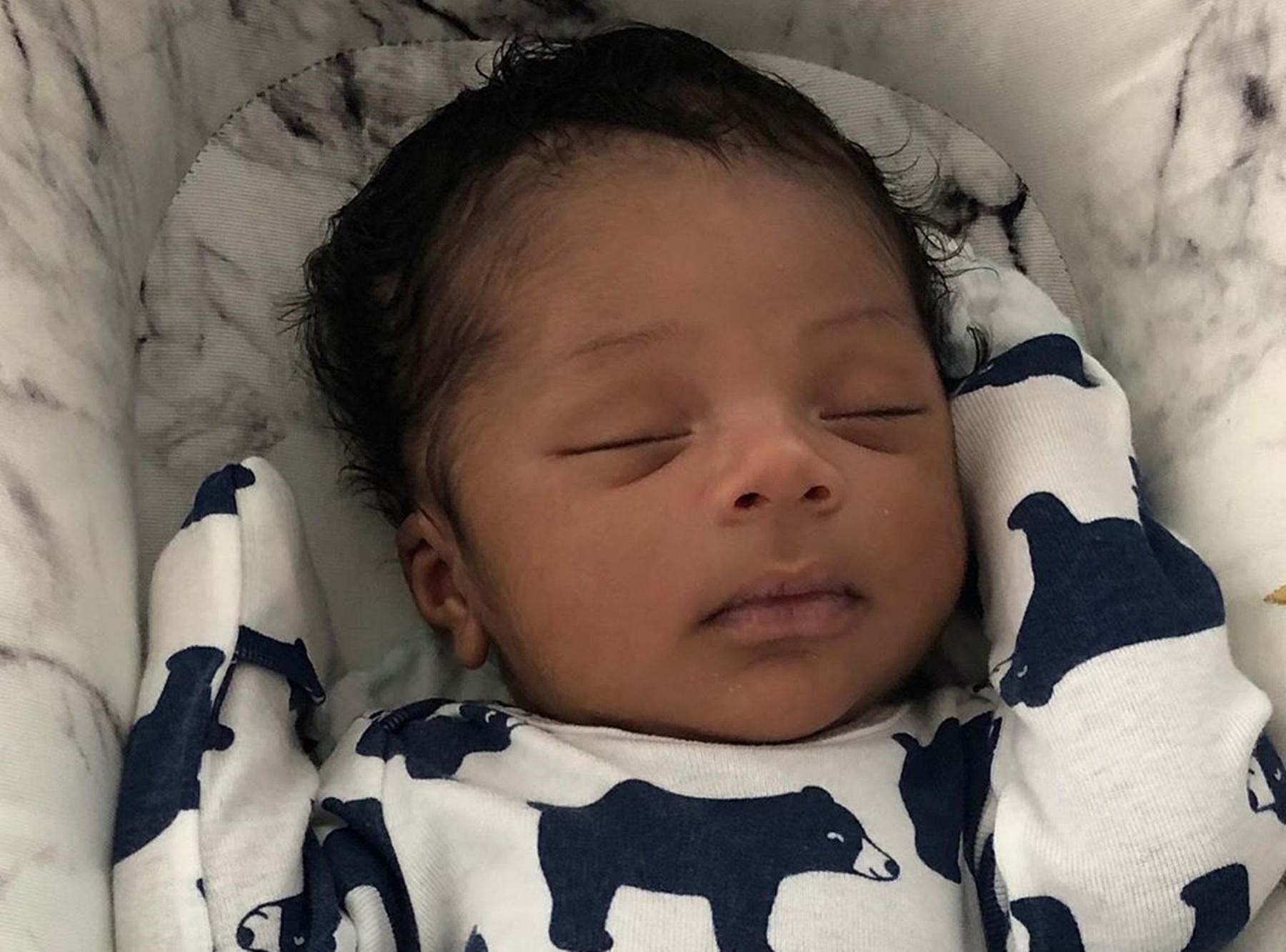