According to Ann Coulter, it is time President Donald Trump learn English so he can properly understand the meaning of the word wall.

During a press conference, the former reality TV star shared his proposal that featured some big changes in family-based migration, security on the southern border, and the asylum system.

Coulter hated every aspect of the plan and obliterated it as she live-tweeted through Trump’s speech.

Coulter began with this tweet mocking Trump: “If you become VERY proficient at English, @realDonaldTrump, someday you will understand the meaning of the word ‘WALL.’”

She went on to say: “I.Q. TEST: Was the chant at Trump rallies …

3) “invest in technology at the border!”

Coulter went on to slam her own party: “What happened to the total immigration moratorium? We need a break! Why are Republicans always so anxious to say they want to bring in MORE immigrants? “Screw you, voters – we prefer foreigners.”

The conservative pundit continued with: “The word “wall” has not crossed the president’s lips, lambchop. Only BS euphemisms that mean “You’re Never Getting a Wall” — e.g. “border security! Also, we want immigrants to compete with Chamber of Commerce lobbyists and the Koch Brothers. One other thing we give immigrants: Preference over Americans in college admissions and government contracts. If Democrats didn’t hate America so much, they’d attack Trump’s immigration bill as a gift to the Koch brothers.”

1.a continuous vertical brick or stone structure that encloses or divides an area of land. If you become VERY proficient at English, @realDonaldTrump, someday you will understand the meaning of the word “WALL.”

She concluded by: “MSM: Trump’s immigration bill does nothing about “Dreamers.” No, doing “nothing,” means they get to stay — and yet another year goes by with no enforcement against millions of illegal aliens. NO WALL. KEEPS SAME MASSIVE LEVELS OF LEGAL IMMIGRATION. And this is the rube-bait campaign document, not even a serious bill.”

Trump will have to build the wall to win Coulter back. 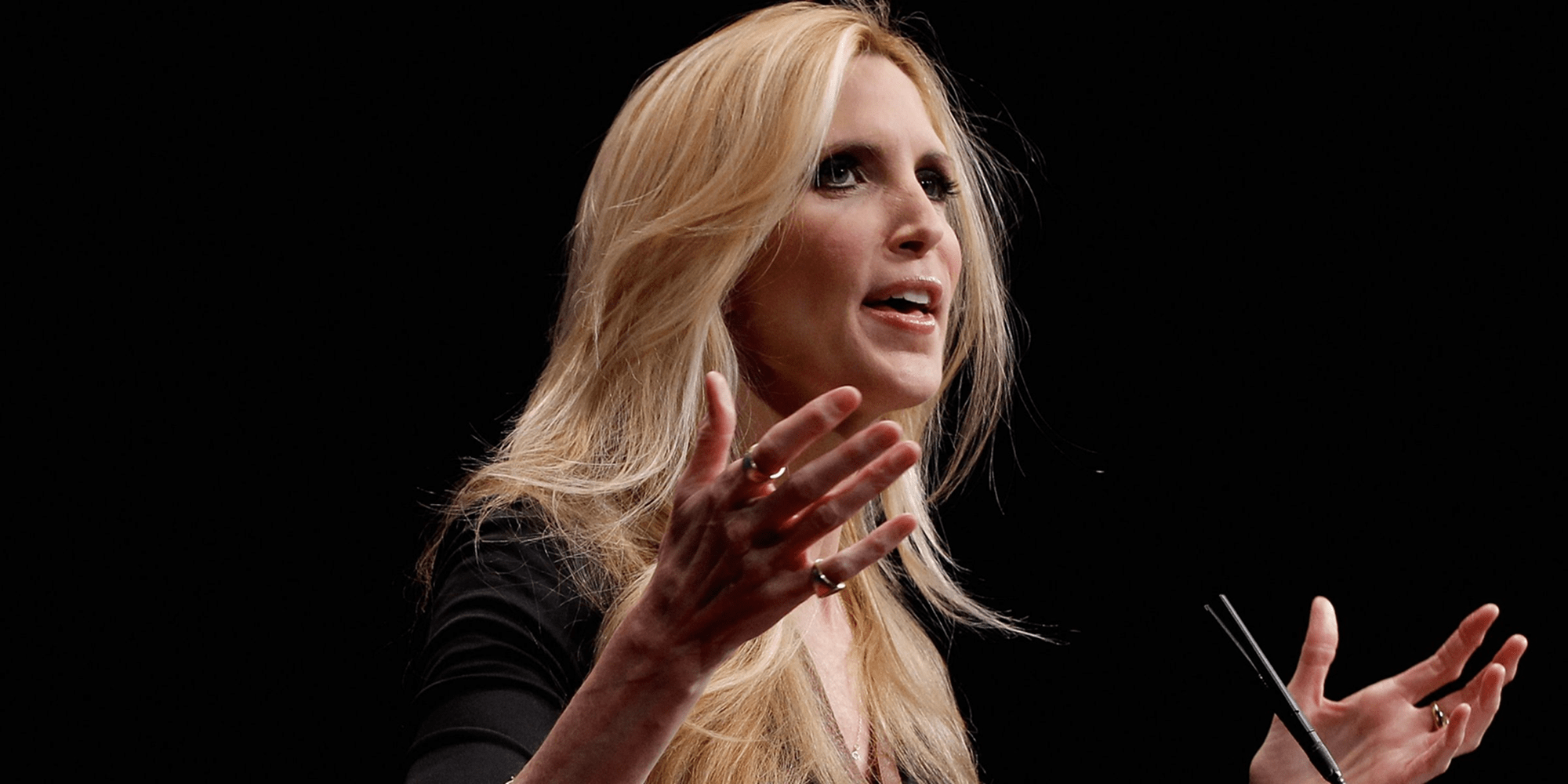