Reese Witherspoon And Ellen DeGeneres Fight Over Jennifer Aniston In New Video But Who Does The Friends Alum Like Better? - kkccb.net

Reese Witherspoon stopped by to talk to her pal Ellen DeGeneres on the latter’s hit talk show the other day. The two ladies have been friends for years, and Witherspoon always makes an appearance on The Ellen DeGeneres Show when she has something important to discuss.

Even though the A-list star was there to chat about the second season of Big Little Lies, which premieres June 9th, the talk quickly turned to Jennifer Aniston.

Witherspoon just finished making a TV show with Aniston. They are both starring in and producing the upcoming Apple TV show, Morning Show. Therefore, the Sweet Home Alabama star insisted she was closer with the A-list actress. The comedian did not hold back taking a jab by stating she heard Aniston needed a break from Witherspoon.

Thank you so much for having me on the show, @theellenshow!! Unfortunately, I wasn’t able to watch it because Jen and I are on a much needed girls trip! 👯‍♀️🍹🌴 #missyou

“Oh, are you saying you’re better friends with Jen than me?” questioned the mother of three.

“I don’t need to say it; it’s obvious. A lot of people know that” firmly replied DeGeneres.

They were, of course, laughing and joking, but each one was adamant she was close with the Horrible Bosses star. Even while playing a game, they kept bantering about it. Finally, after Witherspoon left, the comedian had enough and decided to call Aniston to get the final answer.

It is funny because at first, the actress ignored DeGeneres’ phone call. As the funny lady is looking for someone else to call in front of her audience, Aniston magically calls her back.

“I just wanna settle this once and for all that you and I are better friends than Reese and you,” the host stated after explaining the entire story to her friend.

“Yes, honey, we’ve cleared this up. Haven’t we? Yes, darling, that’s based on almost 30 years of knowing each other,” the out of breath actress stated, revealing just how long she has known DeGeneres.

Reese Witherspoon and Ellen DeGeneres may be fighting over Jennifer Aniston, but the Friends alum has made her choice. Thanks to decades of friendship, the famous Hollywood starlet chooses the daytime host over the blonde beauty.

Did Aniston make the right choice? Are you Team Witherspoon or Team DeGeneres. 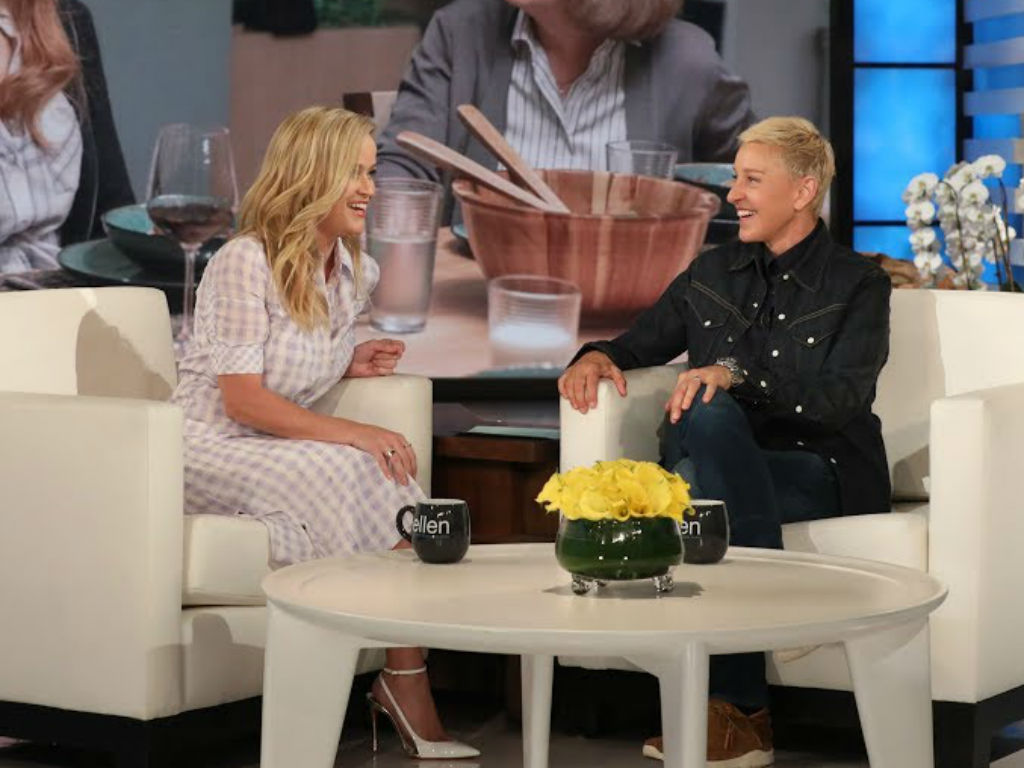